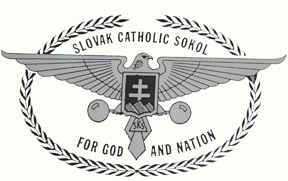 Mr. William J. "Bill" Greytock Sr., 83, a resident of the Parsons section of Wilkes-Barre, passed into Eternal Life Wednesday evening in the comfort of his home, surrounded by his beloved family.

Born November 25, 1935 in Wilkes-Barre, he was the youngest of four children to the late John and Susan (Lukas) Greytock. Educated in city schools, he was a 1953 graduate of the James M. Coughlin High School, Wilkes-Barre.

Following graduation, Mr. Greytock proudly served for two years in the United States Navy aboard the USS Salem, being honorably discharged from duty in August 1957.

Upon his return to the Wyoming Valley, Bill furthered his education by attaining a Bachelor of Science degree in Accounting from Wilkes College.

Until his retirement, he was employed as a bookkeeper for Apex Building Products Co. of Edwardsville for many years. Bill remained active after retirement. He volunteered tax preparation services at the Plains Senior Citizen Center, prepared tax returns for family and friends and assisted with bookkeeping services for his dear friend Wayne, at Nick's Furniture.

Bill had a strong Catholic faith and was a longtime member of Sacred Heart Slovak Church until its closing. He returned to his family home parish of Saint Benedict’s, the former Saint Dominic’s in Parsons.

Proud of his Slovak heritage, Mr. Greytock held a life membership and served as accountant and board of governors for the North End Slovak Citizens Club of Wilkes-Barre, where his father, John was a founding member.  Bill served as auditor for the Reverend Joseph Murgas Group 7 of the Slovak Catholic Sokols.  He was a third degree member of Wilkes-Barre Council #302 of the Knights of Columbus.

He enjoyed bowling, playing cards and traveling with his family. Pop enjoyed all kinds of animals and was nuts about the neighborhood squirrels, who will truly miss their daily peanut feedings.

Known as "Pop" or "Poppy" to those who knew and loved him, Bill will be remembered as being a loving husband, father, grandfather and great-grandfather to his adoring family.  His tall stature was only equaled by his soft-spoken demeanor. His family and friends will miss his advice through his many “poppyisms” arrived at only after analyzing all the options.  Lively conversations would ensue at times, especially when politics was the topic.

Mr. Greytock was preceded in death by his beloved wife of 25 years, the former Maryann Biros in 1985. Also preceding him were a brother, John Greytock Jr. and a sister, Mildred Biros.

Left to celebrate his life and cherish his memory are his children, Donna Greytock Baird and her companion, Bernie Thompson; Deborah "Debbie" Chase and her husband William, all of Wilkes-Barre; William "Billy" Greytock Jr. and his wife Nikki of Raleigh, N.C. and Michele Thomas and her husband Joseph of Wilkes-Barre;  Grandchildren include D.J. and Meredythe Baird; Dr. William Chase and his wife Elizabeth; Suzanne Chase and her fiancée, James Hughes; William John “Will” III and Rachel Maryann Greytock;  Great-grandchildren, Ayla, Evan and Aria Chase;  Sister, Mrs. Eleanor Kuter and his favorite niece, Colette Pecuch of Wilkes-Barre;  Cousins, Srs. Joseph Marie and Jo Louise. Numerous nieces, nephews, and his beloved grandpup, "Snoopy”.

Special thanks to his nurses at home, Debbie and Tassy, Dr. Frank Olshemski and staff, Hospice of the Sacred Heart, the staff at the Heart Hospital of Geisinger Wyoming Valley and numerous caregivers.

Interment with the Rite of Committal will follow in Sacred Heart of Jesus Roman Catholic Cemetery of Saint Andre Bessette Parish, Dorchester Drive, Dallas, where honors will be accorded by family members serving in the military.

Relatives and friends may join the Greytock family for visitation and remembrances Sunday evening from 4:00 until 7:00 p.m. at the funeral home. Father Joseph Kearney will conduct a short prayer service during the evening service.

To send flowers to the family or plant a tree in memory of William J. Greytock Sr., please visit our floral store.