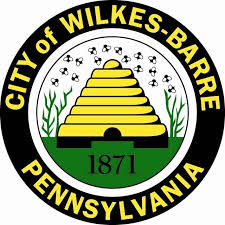 Born on Thursday, October 24, 1935 in Wilkes-Barre, he was one of seven children to the late John S. and Emma (Pavco) Ungvarsky.  Educated in the city schools, he was a member of the 1953 graduating class of the former James M. Coughlin High School, Wilkes-Barre.  Mr. Ungvarsky furthered his education by attaining an associate's degree from Penn State University Wilkes-Barre campus.

He proudly served our country with the United States Army; two years active duty, being stationed at Ft. Belvoir, Virginia; four years with the Army Reserves, having two summers at West Point, NY with the Combat Engineers.

Mr. Ungvarsky was the vice chairman of the Steam Heat Authority for Wilkes-Barre and was the Project Manager for the Fluid Bed Boiler Project.  He also served on the Wright Township Environmental and Planning Commissions.

Carl served more than 20 years as a board member and regional director for the First Catholic Slovak Union and FCSU Properties Board.  Carl's grandfather Andrew helped organize the FCSU in 1890, later being carried on by his father John and himself as third generation.

He and his wife, the former Dorothy Quater celebrated fifty-four years of married life together on September 16th of last year.

He was preceded in death by the couple's youngest son, Mr. Anthony James Ungvarsky on June 2, 2013; by a brother, Mr. Edward Ungvarsky; by Sisters, Mrs. Bernadine L. Price in 2018 and more recently by Miss Elizabeth (Betsy) Ungvarsky in April; and by nephews, Steven W. Price and Edward Ungvarsky Jr., both in 2019.

Funeral services for Mr. Ungvarsky will be conducted on Monday with his funeral mass at 11:00 a.m. in Saint Jude Roman Catholic Parish, 420 South Mountain Boulevard, Mountain Top.  The Reverend Philbert Takyi-Nketiah, parochial vicar, will serve as celebrant and homilist.

Interment with the Rite of Committal will follow in Sacred Heart of Jesus Roman Catholic Cemetery, Dorchester Drive, Dallas.

Relatives and friends may join the Ungvarsky family directly at church Monday morning for visitation and shared remembrances from 10:00 a.m. until the time of services.

The John V. Morris Family Funeral Home Inc., 625 North Main Street, Wilkes-Barre, is honored to care for Mr. Ungvarsky and his family at this time.

To send flowers to the family or plant a tree in memory of Carl J. Ungvarsky, please visit our floral store.

A Memorial Tree was planted for Carl

We are deeply sorry for your loss - the staff at John V. Morris Family Funeral Home, Inc.

Join in honoring their life - plant a memorial tree