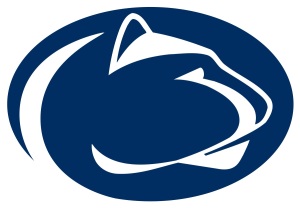 Mr. Stephen Rembish, 76, a resident of the East End section of Wilkes-Barre, passed peacefully into Eternal Life Sunday afternoon following a prolonged illness while in the care of Residential Hospice Inpatient Unit at Geisinger South Wilkes-Barre.

Educated in the city schools, Steve was a member of the 1961 graduating class of the James M. Coughlin High School. He then furthered his education by attaining an Associate’s degree in drafting from the Pennsylvania State University, Wilkes-Barre campus when it was located at the former Guthrie School, North Wilkes-Barre.

Mr. Rembish was an active member of the Parish of Saint Andre Bessette, North Wilkes-Barre.

Until his retirement, Steve was employed as an engineer for some twenty-two years with the Bechtel Corporation at the Susquehanna Nuclear Power Plant in Berwick.  Prior to that, he worked as a draftsman for the Ingersoll-Rand Corporation, both in Phillipsburg, N.J. and Clarks Summit.  He also previously was employed by the Foster-Wheeler Corporation of Mountain Top.

Following his formal retirement, Steve did not sit idle.  He was the owner and operator of M.V.P. Custom Sport Apparel Company of Wilkes-Barre.  His love of sports was evident especially in his youth.  In 1956 he and his North End Little League team made it all the way to the State Championship in Williamsport.

He and his wife, the former Patrice Gaughan, celebrated fifty-five years of married life together on May 1st of this year.

In his spare time, Steve enjoyed membership in the Polish American Veterans Club of Hudson and the Slovak Catholic Sokols.  An avid card player, he enjoyed playing pitch with family and friends and was one of Penn State’s biggest fans.

Left to cherish the wonderful memories they hold dear of Steve, In addition to his mother Mary and his beloved wife Patrice at home, are the couple's son, Stephen Rembish, PhD. and his wife Jennifer of Hutto, Texas; their children Abbie Rodriguez and her husband Nick; Joseph Rembish and his wife Lauren; Jacob Rembish; Samuel Rembish; Mollie Rembish and Drew Rembish; Great-grandchildren, John and Adaline; Many wonderful friends and fellow parishioners.

Steve’s family would like to gratefully acknowledge the care and compassion shown them by the staff of Residential Hospice during his illness.

Funeral services for Steve will be conducted on Saturday with his concelebrated funeral Mass at 11:45 a.m. in the Parish of Saint Andre Bessette, 668 North Main Street, Wilkes-Barre.  The Reverend Kenneth M. Seegar, pastor, the Reverend Kevin M. Miller, assistant pastor of Saint Rose of Lima Parish, Carbondale, and the Reverend Thomas Looney C.S.C. of King’s College, and personal family friends, will serve as co-celebrants.

Interment will be private and at the convenience of the Rembish family.   Those wishing to attend services are invited to meet directly at church Saturday morning from 11:00 a.m. until the time of Mass.

In lieu of floral tributes, the Rembish family would be humbled if those wishing to make a monetary contribution in Steve’s memory, kindly give consideration to the Saint Andre Bessette Social Justice Committee, 668 North Main Street, Wilkes-Barre, PA 18705.

The North Wilkes-Barre location of the John V. Morris Family Funeral Homes Inc. is honored to care for our friend Steve and his family at this time.

To send flowers to the family or plant a tree in memory of Stephen Rembish, please visit our floral store.